ROI Education – Is college worth it? Goldman Sachs says not so much

After two decades of surging tuition, it may be time to ask the question whether it’s still worth investing in a college education.

Investment bank Goldman Sachs (GS), which is well known for its own ability to make boatloads of money by watching the bottom line, has crunched the numbers, and it finds that the news isn’t good for today’s youngsters.

“The average return on going to college is falling,” analysts Robert D. Boroujerdi and Christopher Wolf wrote in the December report. “Students starting college in 2030/2050 will have to wait 11/15 years post college to break even,” compared with a nine-year wait to break even today.

The justification for earning a college degree depends largely on two choices that students make: which major they pick, and which college they attend. Boiled down to dollars and cents, earning a college degree in the arts, education and psychology means a high risk of a “negative return,” while attending one of the schools in the bottom 25 percent of all colleges can also kill the chance for higher lifetime earnings, the report found.

“Graduates from the bottom 25 percent (of) colleges earn less, on average, than high school graduates,” the report said.

According to the report, another way to think of it is that graduates from colleges whose students’ SAT scores are in the top 10 percent earn almost $12,000 per year more than those in the bottom 10 percent.

Still, those years until reaching “break even” represent a fraction of a person’s entire career, when earnings overall will benefit from having a degree.

“Most of the time, college is still going to give you a leg up over workers with only a high school diploma in terms of lifetime earnings,” said Lydia Frank, senior director at PayScale, a compensation research firm, in an email. “However, college could be a poor financial investment if you don’t do some research ahead of time to understand earning potential for the field you’re interested in and weigh that against your potential student loan debt burden.”

Their findings back up information released earlier this year by the U.S. Department of Education, which has started providing data on how much graduates of U.S. colleges earn. Given that the class of 2015 left their alma maters as the most indebted college graduates ever, students and families are increasingly wondering whether their investment — which can leave young professionals with tens of thousands in debt — is worth it. 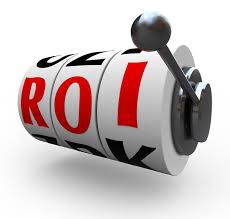 The data from education department found that the colleges offering the best value, meaning the lowest net cost for low-income students as well as the highest median earnings 10 years after graduation, are the country’s top-ranked schools, such as Harvard and Princeton. On the other hand, some highly regarded yet expensive liberal arts colleges are turning out grads who aren’t always making more than Americans with only high school degrees.

On the other hand, students are asked to pick their majors at a time in life when many have little experience with the workplace or trends in the labor markets. Once they’re out of college and searching for a job, they’re finding that the vacancies are often in high-skilled roles such as computer science, which as a major draws fewer students than the social sciences or history. That suggests that colleges aren’t adapting quickly enough to keep pace with the needs of the labor market, Goldman said.

The number of openings for skilled workers implies “that the increased need for specialization is a factor and that the labor market is moving faster than education can respond,” the report added.

ROI Education –Read the rest of the article