Learning: The Trouble With Homework

By ANNIE MURPHY PAUL, Via NYTimes.com

Annie Murphy Paul is the author of “Origins,” who is at work on a new book about the science of learning. 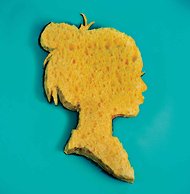 WHEN you think of America’s students, do you picture overworked, stressed-out children bent under backpacks stuffed with textbooks and worksheets? Or do you call to mind glassy-eyed, empty-headed teenagers sitting before computer screens, consumed by video games and social networking sites, even as their counterparts in China prepare to ace yet another round of academic exams? The first view dominates a series of recent books and movies, including the much-discussed film “Race to Nowhere.” The second image has been put forth by other books, with titles like “The Dumbest Generation: How the Digital Age Stupefies Young Americans and Jeopardizes Our Future.”

Divergent though they are, these characterizations share a common emphasis: homework. The studying that middle school and high school students do after the dismissal bell rings is either an unreasonable burden or a crucial activity that needs beefing up. Which is it? Do American students have too much homework or too little? Neither, I’d say. We ought to be asking a different question altogether. What should matter to parents and educators is this: How effectively do children’s after-school assignments advance learning?

The quantity of students’ homework is a lot less important than its quality. And evidence suggests that as of now, homework isn’t making the grade. Although surveys show that the amount of time our children spend on homework has risen over the last three decades, American students are mired in the middle of international academic rankings: 17th in reading, 23rd in science and 31st in math, according to results from the Program for International Student Assessment released last December.

In a 2008 survey, one-third of parents polled rated the quality of their children’s homework assignments as fair or poor, and 4 in 10 said they believed that some or a great deal of homework was busywork. A new study, coming in the Economics of Education Review, reports that homework in science, English and history has “little to no impact” on student test scores. (The authors did note a positive effect for math homework.) Enriching children’s classroom learning requires making homework not shorter or longer, but smarter.

Fortunately, research is available to help parents, teachers and school administrators do just that. In recent years, neuroscientists, cognitive scientists and educational psychologists have made a series of remarkable discoveries about how the human brain learns. They have founded a new discipline, known as Mind, Brain and Education, that is devoted to understanding and improving the ways in which children absorb, retain and apply knowledge.

Educators have begun to implement these methods in classrooms around the country and have enjoyed measured success. A collaboration between psychologists at Washington University in St. Louis and teachers at nearby Columbia Middle School, for example, lifted seventh- and eighth-grade students’ science and social studies test scores by 13 to 25 percent.

But the innovations have not yet been applied to homework. Mind, Brain and Education methods may seem unfamiliar and even counterintuitive, but they are simple to understand and easy to carry out. And after-school assignments are ripe for the kind of improvements the new science offers.

“Spaced repetition” is one example of the kind of evidence-based techniques that researchers have found have a positive impact on learning. Here’s how it works: instead of concentrating the study of information in single blocks, as many homework assignments currently do — reading about, say, the Civil War one evening and Reconstruction the next — learners encounter the same material in briefer sessions spread over a longer period of time. With this approach, students are re-exposed to information about the Civil War and Reconstruction throughout the semester.

It sounds unassuming, but spaced repetition produces impressive results. Eighth-grade history students who relied on a spaced approach to learning had nearly double the retention rate of students who studied the same material in a consolidated unit, reported researchers from the University of California-San Diego in 2007. The reason the method works so well goes back to the brain: when we first acquire memories, they are volatile, subject to change or likely to disappear. Exposing ourselves to information repeatedly over time fixes it more permanently in our minds, by strengthening the representation of the information that is embedded in our neural networks.

A second learning technique, known as “retrieval practice,” employs a familiar tool — the test — in a new way: not to assess what students know, but to reinforce it. We often conceive of memory as something like a storage tank and a test as a kind of dipstick that measures how much information we’ve put in there. But that’s not actually how the brain works. Every time we pull up a memory, we make it stronger and more lasting, so that testing doesn’t just measure, it changes learning. Simply reading over material to be learned, or even taking notes and making outlines, as many homework assignments require, doesn’t have this effect.

According to one experiment, language learners who employed the retrieval practice strategy to study vocabulary words remembered 80 percent of the words they studied, while learners who used conventional study methods remembered only about a third of them. Students who used retrieval practice to learn science retained about 50 percent more of the material than students who studied in traditional ways, reported researchers from Purdue University earlier this year. Students — and parents — may groan at the prospect of more tests, but the self-quizzing involved in retrieval practice need not provoke any anxiety. It’s simply an effective way to focus less on the input of knowledge (passively reading over textbooks and notes) and more on its output (calling up that same information from one’s own brain).

Another common misconception about how we learn holds that if information feels easy to absorb, we’ve learned it well. In fact, the opposite is true. When we work hard to understand information, we recall it better; the extra effort signals the brain that this knowledge is worth keeping. This phenomenon, known as cognitive disfluency, promotes learning so effectively that psychologists have devised all manner of “desirable difficulties” to introduce into the learning process: for example, sprinkling a passage with punctuation mistakes, deliberately leaving out letters, shrinking font size until it’s tiny or wiggling a document while it’s being copied so that words come out blurry.

Teachers are unlikely to start sending students home with smudged or error-filled worksheets, but there is another kind of desirable difficulty — called interleaving — that can readily be applied to homework. An interleaved assignment mixes up different kinds of situations or problems to be practiced, instead of grouping them by type. When students can’t tell in advance what kind of knowledge or problem-solving strategy will be required to answer a question, their brains have to work harder to come up with the solution, and the result is that students learn the material more thoroughly.

Researchers at California Polytechnic State University conducted a study of interleaving in sports that illustrates why the tactic is so effective. When baseball players practiced hitting, interleaving different kinds of pitches improved their performance on a later test in which the batters did not know the type of pitch in advance (as would be the case, of course, in a real game).

Interleaving produces the same sort of improvement in academic learning. A study published last year in the journal Applied Cognitive Psychology asked fourth-graders to work on solving four types of math problems and then to take a test evaluating how well they had learned. The scores of those whose practice problems were mixed up were more than double the scores of those students who had practiced one kind of problem at a time.

The application of such research-based strategies to homework is a yet-untapped opportunity to raise student achievement. Science has shown us how to turn homework into a potent catalyst for learning. Our assignment now is to make it happen.