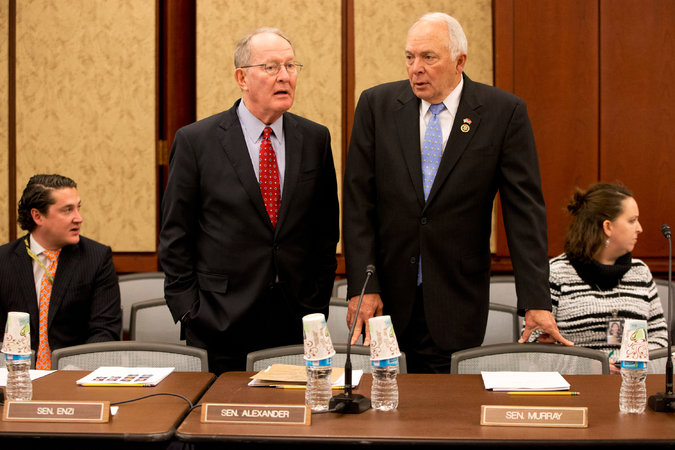 Public School Performance -WASHINGTON — The House on Wednesday approved a sweeping bill to revise the contentious No Child Left Behind law, representing the end of an era in which the federal government aggressively policed public school performance, and returning control to states and local districts.

Public School Performance – No Child Left Behind, which had strong bipartisan backing when it passed in 2001, was the signature education initiative of George W. Bush, who said the failure of public schools to teach poor students and minorities reflected the “soft bigotry of low expectations.”

That law ushered in high-stakes testing to measure student progress in reading and math between the third and eighth grades. Schools were required to make every child in the nation proficient in those subjects by 2014, as measured by standardized tests. Schools that failed to hit targets along the way were subject to federally required sanctions, ranging from tutoring to school closing in the worst cases. Over time, the law became anathema to both the right and the left, and it became clear that the sanctions as well as the goal of proficiency by 2014 were unworkable.

The overhaul passed by the House on Wednesday, 359 to 64, jettisons No Child’s prescribed goals and punishments, and allows states and school districts to set their own goals and to decide how to rate schools and what to do with those that underperform.

After months of compromise and negotiation, the bill earned nearly unanimous approval from a conference committee of House and Senate members two weeks ago, and is expected to be passed by the Senate next week. A White House official said Wednesday that President Obama plans to sign it when it reaches his desk.

Representative John Kline, the Minnesota Republican who is chairman of the House Education Committee, said the existing law had left the federal government “micromanaging” the education system.

“No Child Left Behind was based on good intentions, but it was also based on the flawed premise that Washington knows what students need to succeed in school,” he said in a statement.

The bill passed Wednesday retains the annual testing requirements in math and reading. Schools must also continue to report the results by students’ race, income and disability status.

Some said they were uneasy about whether the new law could exacerbate uneven schooling across the country.

“The real question is what authority is left to the federal government to intervene should the states in one way or another fall short of what the hopes are?” said David Steiner, executive director of the Johns Hopkins Institute for Education Policy and a former New York state education commissioner. “We all are concerned that we not go to a place where based on where you happen to be born or which state you’re in, you face very, very increasingly different opportunities.”

Public School Performance –Read the Rest of the Article