CLOs working in government share a desire to serve and impact their agencies’ readiness, and are collaborating to increase efficiencies and save taxpayers money. 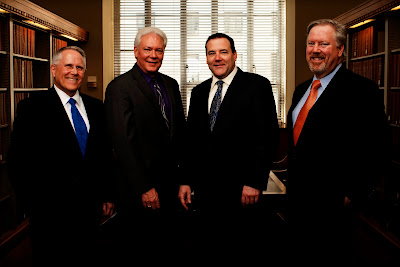 It’s often said that the wheels of government turn slowly, and this holds true for learning in government as well. For this reason, CLOs working in government have had to accustom themselves to working at a different pace.

“Passion, patience and perseverance are keys to working in government because things just move much more slowly,” said Peter Shelby, chief learning officer of the National Reconnaissance Office. “So you make that business case, and if you know it’s the right thing to do you just have to stick with it and persevere until it comes to fruition, or it gets funded, or you’re able to work your resources so you can implement the learning the organization needs.”

The CLO position itself is relatively new in government, according to Randy Bergquist, assistant director of learning and workforce development for the Justice Management Division of the U.S. Department of Justice. He said while the private sector has been using the term and function since the early to mid-1990s, the federal government started renaming and positioning agency training directors as CLOs less than 10 years ago. However, he said government CLOs are more likely to come into the role directly from another education-related position.

“While most of the government CLOs evolved from their experience in the field of training and development, many of the private sector CLOs were business people first and then learning experts second,” Bergquist said. “For example, some companies have business leaders from various functions rotate into and out of CLO functions for each line of business.”

“Essentially 90 percent of what both of them do is similar — try to bring the best and the most efficient training to the workforce and deliver it in a manner that’s accessible in a timely way,” said Fred Lang, former chief learning officer for the U.S. Department of Commerce. Lang spent half of his career in the private sector and half in government, and is well-positioned to compare the two.

Reese Madsen, chief learning officer of the U.S. Department of Defense Intelligence, said despite any functional differences between them, corporate and government CLOs serve workforces drawn from the same U.S. population of learners. “So one challenge for any CLO is to be able to reach that student, whether it is a 17-year-old kid or a 50-year-old, well-established government employee,” he said. “They still have to learn.”

Madsen did just that during his 25 years in the U.S. Coast Guard. “In the military they have lots of learning opportunities, and as a student I was always providing feedback to the learning process and programs,” he said. “Ultimately I wanted to help make the process better, stronger and more effective, so I evolved into what I am today.”

Governments possess a lot of information they can’t or choose not to disclose to their citizens, so a government CLO may handle information that is sensitive as well as proprietary. “In my world of work, where intelligence is in a classified environment, we have different technological challenges being able to use secure networks, classified databases and other tools,” Madsen said.

Conversely, government CLOs may have to disclose more than their private sector counterparts. Lang said working in government is akin to working in a fish bowl because everything must be transparent, and bureaucratic processes are more cumbersome.

Further, government CLOs think of and demonstrate success differently. ROI gets an adjustment. “There’s a different nomenclature in the public sector,” Lang said. “It’s not ROI, because you’re not affecting the bottom line of the board of directors or the stockholders, but you are doing an ROI in terms of return on impact — what impact are you making to the operational components of the agencies that you work for?”

Shelby said this impact is an agency’s mission. “In the corporate world you have to make a business case and show how you impact the bottom line,” he said. “In the government it’s the mission. You have to understand the mission of your organization so you can make your business case on how you can more effectively accomplish that mission through learning interventions.”

Madsen used similar terms to describe what makes a government CLO different. He said those in his role are stewards of the nation’s money, which requires them to be as effective and efficient as possible. “Our missions are different. Especially at the Department of Defense, we have a critical mission. We are here to defend the nation, and that mission changes constantly,” he said.

When government CLOs talk about their paths to their current positions, they often speak of being possessed by a spirit of contribution. Lang said there was a point midway through his career when, having worked in government and moved into the private sector, he felt drawn back.

“I was in investment counsel for Merrill Lynch, had my own company, and it was all about making money and doing a lot of good things, but there was a higher calling,” he said. “I realized I could make a difference in government; maybe get paid a lot less but make a difference.”

Shelby shared a similar experience. He got his start in learning when he began developing communications and radar cross-training as a sergeant in the U.S. Marine Corps in the 1980s. He eventually got a master’s degree in education and moved into a government job in learning. “I’ve loved every minute of it,” he said. “Helping others reach their full potential is my calling in life because I get so much gratification and joy out of it. I can’t imagine doing anything else.”

Asked what they’d identify as the key characteristics a government CLO needs to be successful, both Lang and Shelby said it requires a keen understanding of the organization. “No. 1 [is] the ability to keep your ears to the ground; to understand what the Congress wants and what the president wants in terms of delivering training to government employees,” Lang said.

“My advice to a learning professional in government is seek out opportunities to do rotational assignments in different parts of the organization so you can learn what makes them tick, what competencies they need to accomplish the mission,” Shelby said.

But as individual development of and by government employees has gotten broader, the learning itself has gotten more focused. “In a lot of the years that I was in government, it was kind of hit or miss and ad hoc,” Shelby said. “If there was a problem, you’d throw training at it, and there were abundant resources for most of the eras that I was around, so we tried several different things with no real focus on what the learning was. Whatever was the latest management or leadership technique; they’d build learning around it and throw it at an organization.”

Now, Shelby said there just aren’t enough resources available to support such an experimental approach. “You have had chief learning officers come to prominence in government where we understand the business,” he said. “We do needs assessment, and we show a critical gap in the organization and how learning can fill that gap. It’s a much more focused and efficient way of doing business.”

As it has in many other industries, learning in government has changed greatly as technology has leapt forward. “When I first started my federal career [in the] 1980s, a typical method to assess needs was making sure that line managers had access to the most recent training catalogs to share with their employees,” Bergquist said. “Most training events were conducted in classrooms, and the idea of blended learning was tossing in a movie whenever possible.”

He said the government learning environment has and will become far more sophisticated. “As technology grows, so will government learning methodologies,” he said. Agencies will be better equipped to achieve the necessary linkage between performance and learning by activating and connecting competency and performance management with tools such as the LMS.

Lang said keeping pace with technological breakthroughs is crucial for CLOs, but they should take care not to dispense with established methods when new ones come along. What’s important is making a contribution to the organizational system. “The method of communication, the method of teaching, there is not only one right way, and each new technology doesn’t replace the other, they simply add on to it.”

Again, like learning in other industries, learning in government today is challenged by financial constraints brought on by the economy. These constraints encourage innovation whenever possible because learning leaders must be creative in their efforts to develop a continuous learning culture. “Government agencies are beginning to collaborate more with each other to share best practices and create engaging learning opportunities for their respective organizations,” Bergquist said.

Lang also emphasized collaboration, which he said is less instinctual and necessary for corporate learning entities. “There is a difficulty in doing that in the private sector when you have competing companies,” he said. “But in the government sector it’s an absolute necessity to find ways to share resources and experiences to cut down the cost of government and the cost of delivery. [Government CLOs] should reach out and work with as many people as possible. Step No. 1, they should reach out to people who are doing the same thing they’re doing and learn from them rather than trying to re-create the wheel every time they do something.”

A big way government CLOs do that today is through the Interagency Chief Learning Officer Council — a small community made up of the highest-ranking CLOs from cabinet-level agencies, sub-agencies and independent and intelligence agencies within U.S. government.

Lang founded the council in January 2005, and he served as its chairman for its first five years before handing the position to Bergquist.

“The purpose of it was to simply network with people at my level so that I could be successful in what I do,” he said. “To find and share best practices among agencies, and find more efficient ways to deliver training and engage the learner.”

As it evolved, the council’s participants realized it also helped them save taxpayer money. “With resources drying up, we can’t afford to be inefficient anymore,” Shelby said. “Say a federal law has come out and there’s training involved with that federal law, and every single organization has expended resources to build training around that rather than have it built once centrally by say OPM [the U.S. Office of Personnel Management] and distributed across government. We eliminate redundancies. We share across organizations common core learning, and thereby eliminate millions and millions of dollars of redundancies and waste.”

Daniel Margolis is managing editor of Chief Learning Officer magazine. He can be reached at [email protected].