Whats Really Wrong With College Today?: “The shortfalls in state funding that are the real source of rising public tuition”

College Tuition Costs: “Far from being caused by funding cuts, the astonishing rise in college tuition correlates closely with a huge increase in public subsidies for higher education. If over the past three decades car prices had gone up as fast as tuition, the average new car would cost more than $80,000”

When the rhetoric is proven to be false, the credibility of the person(s) sharing the misinformation erodes.

Think MOOCs. One size fits all lecture from ivy league schools, distributed to the masses as educationally innovative and educationally revolutionary? 7% completion rate, no individual student adaptive learning occurring, that advances individual student, sustained performance improvement. Revolutionary? Of course not.  Simply an extension of the one-size- fits-all, flawed teaching paradigm. They knew better, but they promoted it heavily anyway as revolutionary.

The take away?  We think traditional educators are experts in their subject (most are, whether they are able to effectively and efficiently able to transfer that information to their students is another issue) , are experts in deep adaptive learning, are experts in proven, best practices, education reform methodologies and are in it for the students. We also think that they are honest with us when they share information.

What we are seeing is misinformation and rhetoric being distributed that preserves their paradigm, when their defined mission vision is empowering students, with advanced relevant success outcomes, that result in relevant student performance improvement outcomes, leading to relevant, sustained, student employment. 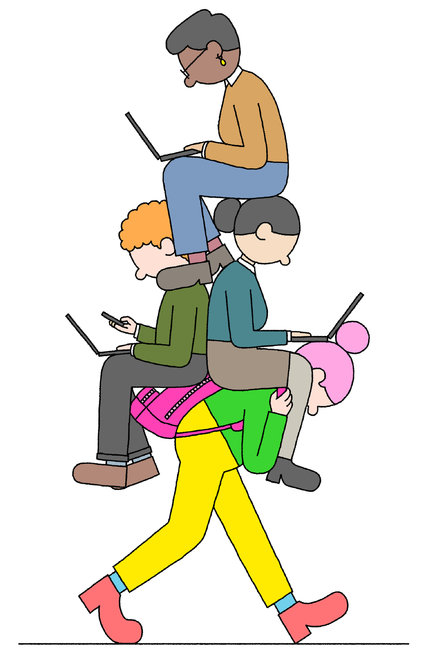 College Tuition Costs – BOULDER, Colo. — ONCE upon a time in America, baby boomers paid for college with the money they made from their summer jobs. Then, over the course of the next few decades, public funding for higher education was slashed. These radical cuts forced universities to raise tuition year after year, which in turn forced the millennial generation to take on crushing educational debt loads, and everyone lived unhappily ever after.

This is the story college administrators like to tell when they’re asked to explain why, over the past 35 years, college tuition at public universities has nearly quadrupled, to $9,139 in 2014 dollars. It is a fairy tale in the worst sense, in that it is not merely false, but rather almost the inverse of the truth.

The conventional wisdom was reflected in a recent National Public Radio series on the cost of college. “So it’s not that colleges are spending more money to educate students,” Sandy Baum of the Urban Institute told NPR. “It’s that they have to get that money from someplace to replace their lost state funding — and that’s from tuition and fees from students and families.”

In fact, public investment in higher education in America is vastly larger today, in inflation-adjusted dollars, than it was during the supposed golden age of public funding in the 1960s. Such spending has increased at a much faster rate than government spending in general. For example, the military’s budget is about 1.8 times higher today than it was in 1960, while legislative appropriations to higher education are more than 10 times higher.

In other words, far from being caused by funding cuts, the astonishing rise in college tuition correlates closely with a huge increase in public subsidies for higher education. If over the past three decades car prices had gone up as fast as tuition, the average new car would cost more than $80,000.

Some of this increased spending in education has been driven by a sharp rise in the percentage of Americans who go to college. While the college-age population has not increased since the tail end of the baby boom, the percentage of the population enrolled in college has risen significantly, especially in the last 20 years. Enrollment in undergraduate, graduate and professional programs has increased by almost 50 percent since 1995. As a consequence, while state legislative appropriations for higher education have risen much faster than inflation, total state appropriations per student are somewhat lower than they were at their peak in 1990. (Appropriations per student are much higher now than they were in the 1960s and 1970s, when tuition was a small fraction of what it is today.)

As the baby boomers reached college age, state appropriations to higher education skyrocketed, increasing more than fourfold in today’s dollars, from $11.1 billion in 1960 to $48.2 billion in 1975. By 1980, state funding for higher education had increased a mind-boggling 390 percent in real terms over the previous 20 years. This tsunami of public money did not reduce tuition: quite the contrary.

For example, when I was an undergraduate at the University of Michigan in 1980, my parents were paying more than double the resident tuition that undergraduates had been charged in 1960, again in inflation-adjusted terms. And of course tuition has kept rising far faster than inflation in the years since: Resident tuition at Michigan this year is, in today’s dollars, nearly four times higher than it was in 1980.